"...it is simply, a subjective state of mind, in which the mind, isolated from input from other minds, works through a problem on its own.” - Lead Yourself First, Raymond M. Kethledge and Michael S. Erwin
“I cultivate empty space as a way of life for the creative process” - Josh Waitzken, Tools of Titans by Tim Ferris

Facing an uncertain future is not a new challenge for humans.

What is unique to this present moment in history is the level of weakness that has become possible.

Never before has the human race been so fragile.

We’ve allowed a small minority of people to build technological products that we were told would make our lives better, but instead they have been making us sick and vulnerable.

Now mother nature reminds us of her dark side.

“Throw nature out the window [and] she comes back in the door with a pitchfork.” - Masanobu Fukuoka 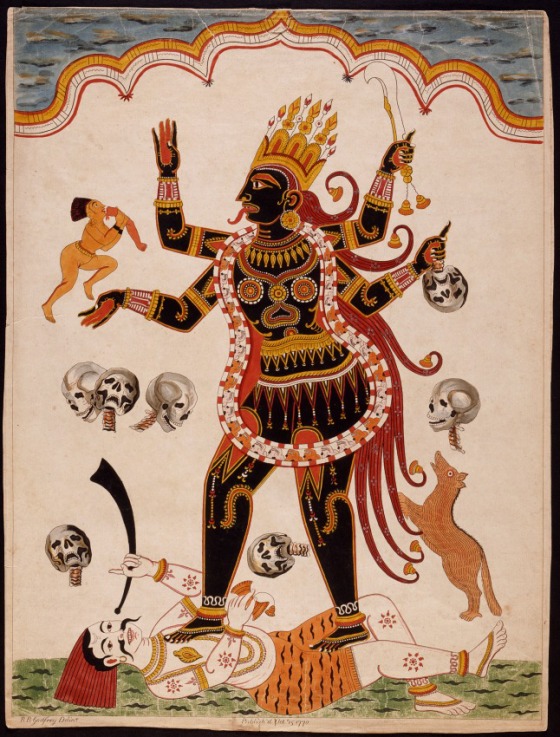 Here we find ourselves, placed back at the edge of a dark forest about to enter unexplored territory.

We are unprepared. We have no map to guide us.

We are physically and psychologically weak.

How did we get here? Is this our own fault?

The people we have elected to protect us have failed to stop the greatest threat to our physical and mental health.

We have been under attack not from another country or from a virus, but from weaponized business products that are highly addictive and destroy our health.

The most damaging business product of all is weaponized information.

Where we look for guidance is on a screen controlled by algorithms created by a few computer nerds who have no wisdom from nature.

"In Milton's Paradise Lost, Satan is an intellectual figure. You see that motif emerge very frequently in popular culture. In the Lion King, for example, Scar is a Satanic figure, and also a hyper-intellectual. That's very common. It's the evil scientist motif, or the evil advisor to the king: the same motif. It encapsulates something about rationality. What it seems to encapsulate is the idea that rationality, like Satan, is the highest angel in God's heavenly kingdom. It's a psychological idea, that the most powerful subelement of the human psyche is the human intellect. It's this thing that shines out above all within the domain of humanity and, maybe, across the domain of life itself. The human intellect....There's something absolutely remarkable about it, but it has a flaw. The flaw is that it tends to fall in love with its own productions, and to assume that they're total. Solzhenitsyn, when he was writing the Gulag Archipelago, had a warning about that, with regards to totalitarian ideology. He said that the price of selling your God-given soul to the entrapments of human dogma was slavery and death, essentially." - Jordan Peterson, Biblical Lectures

Let's look back in time before we became addicted to news feeds to people who  never relied on a screen for decision making.

The Naskapi First Nations of the Labrador Peninsula in Canada lived with more uncertainty than whether or not Costco has enough toilet paper..

Where to find food and how not to become food were at the top of their list of concerns.

Yet with this constant chaos, they were still calm enough to be creative.

Creativity is a human strength that is essential for travelling in unexplored territory.

With the danger that Naskapi might die any moment from lack of food, extreme weather or a predator, how was staying calm and getting creative possible?

View this post on Instagram
Roche Miette dominates the east entrance into Jasper National Park and towers over the Athabasca valley. Some say it looks like a great Chief lying with his face turned towards the sky. His protruding nose, cheekbone and chin along with the fresh snow making feathers fall down the side of his face and rise from the top of his headdress. #rochemiette #rockymountains #canadianrockies #mountains #splendid_mountains #majestic #nationalparks #jaspernationalpark #tourismjasper #myjasper #tourismalberta #ParksCanada #explorecanada #tourcanada #naturephotography #nature #scenic #scenery #mountainorama #splendid #landscapes #landscapephotography #ualbertamtn101
A post shared by Jill (@snowgirl_111) on Feb 3, 2017 at 2:56pm PST

“These simple people are hunters who live in isolated family groups, so far from one another that they have not been able to evolve tribal customs or collective religious beliefs and ceremonies. In his lifelong solitude, the Naskapi hunter needs to rely on his own inner voices and unconscious revelations, he has no religious teachers who tell him what he should believe, no rituals festivals, customs to help him along” - A Man &amp; His Symbols, Carl Jung

The difference between the Naskapi and us is where they looked for guidance.

Where they chose to put their attention.

They didn’t look outside themselves to other minds.

“In his basic view of life, the soul of man is simply “an inner companion,” whom he calls my friend or Mista’peo, meaning ‘Great Man.’”  - A Man &amp; His Symbols, Carl Jung

By choosing to listen to the minds of others, we’ve lost the strength to hear our own inner voice.

And now suddenly we face an unpredictable future as the dark side of mother nature stands in front of us with a coronavirus pitchfork yelling “Not this way!”

Did we really think our current way of living on this earth was going to be sustainable?

Do the people who make decisions on the direction of our planet have the ability to hear the wisdom of nature or are they unfit and digging us deeper into this mess?

“Our intellect has created a new world that dominates nature, and has populated it with monstrous machines. The latter are so indubitably useful that we cannot see even a possibility of getting rid of them or our subservience to them. Man is bound to follow the adventurous promptings of his scientific and inventive mind and to admire himself for his splendid achievements. At the same time, his genius shows the uncanny tendency to invent things that become more and more dangerous, because they represent better and better means for wholesale suicide.” - Carl Jung, A Man and his Symbols

What is the antidote to a rational mind running out of control? The results speak for themselves.

I was born in Canada on the east edge of Jasper National Park, which is known by the Mountain Cree that live here as the land of the Mista-Peo.

“...at the time when spirits and mankind still walked the earth together, these were the offspring of the spirits and humanity, The giants were more or less overseers of the earth and guardians of mankind. During the first cycle of history the spirits walked the earth in earthly form. At the end of this cycle, the spirits withdrew to the spiritual plane, but the giants remained behind. In time they too withdrew from the living world, but instead of withdrawing to another plane they lay down and went to sleep. To some people living today, the outlines of these spirits can still be seen in the natural features, such as mountains, hills, horizons and other natural features. Tradition has it that in the End Times, or the end of this cycle, draws near when they once again allow themselves to be seen. Among the mountain people there is a belief that more and more of the people are once again becoming aware of the MistaPew" - Jasper National Park, 10,000 Years of Indian History Part 1: to 1800, Joachim Fromhold My family has owned and operated a mountain lodge that looks out to the most obvious Mista’Peo in Jasper National Park, but for most of my life, I couldn’t “see” or “hear” his voice.

If we read this story not as objective reality but symbolically in terms of lived experience (thanks Jordan Peterson), what can it teach us?

My interpretation is that in order to navigate unexplored terrain, you need insight. Rationality needs to be balanced with wisdom.

And here is the key.

Wisdom is biological. It comes from the body.

To the despisers of the body will I speak my word. I wish them neither to learn afresh, nor teach anew, but only to bid farewell to their own bodies,—and thus be dumb. - Friedrich Nietzsche

The Naskapi who lived immersed in nature didn't need to exercise because their bodies were fit and their environment was quiet enough to hear the voice of Mista-peo.

Our physical and mental environment is nothing like theirs.

It is polluted with products.

Useless information and junk technology traps us indoors and fills up our heads with unnecessary worries.

There is a solution.

The Practice of Sun Salutations The popularity of yoga shows there is something in it many people are drawn to.

Unfortunately because of what's missing in most yoga classes, they have only scratched the surface of the benefits that it can offer.

Let me show you an example.

Often you will hear people describe anything that isn't scientific as "woo-woo."

It's a negative label that basically says it's bullshit, which a large majority of it is.

But remember: absence of evidence is not evidence of absence.

Tim Ferriss talked about this being the most recommended book to read, but many people have no idea what it is saying.

It's been around a very long time. From a Darwinian perspective, the Tao Te Ching has been useful much longer than Twitter or Google.

What about the Bible? The Yoga Sutras?

The problem is that most people don't have a body that can understand it.

They aren't fit enough to understand these ancient texts.

The yoga practice I have done daily for the last 17 years and traveled to India multiple times to learn was passed down from the great yoga master Krishnamacharaya. 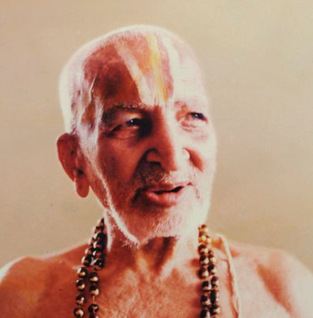 By Source, Fair use, Link

This practice taught me what he meant when he said:

"If you have religion in your life you need this. It's part of the primordial wisdom tradition of humanity. There needs to be a yoga. A practicum. Something you can actually do. Otherwise the brilliance of the texts, the beautiful ideas, stay ideas." - Mark Whitwell, student of Krishnamacharya

In Part 2 of this series, I will teach  how to do this practice  Sun Salutations so it yields the result of insight...but not for free.

Read here to learn why.